TOP 10 phenomena in nature that are closely associated with mathematics

For many centuries mankind tries to describe the world with a scientific method. Every new discovery in science is given more and more difficult. Mathematics largely facilitates this task. It is very common in nature, numerical patterns in sunflowers, the multiplication factor of the seed, there are even mathematical formulas that can predict the occurrence of black holes. 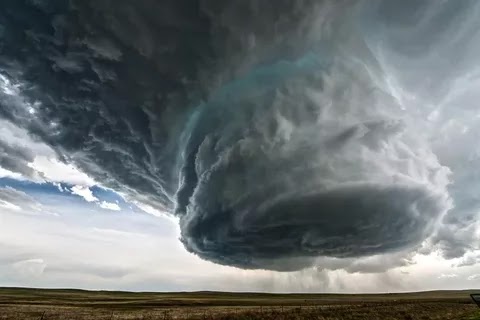 Some believe that our entire universe could be described by formulas. Everything we see has a mathematical explanation, this applies to even the most challenging anomalies.
Here is a list of 10 things in nature that are associated with exact science:


TOP 10 phenomena in nature that are closely associated with mathematics

The very existence of black holes was predicted by mathematicians. However, they had no idea what it is. The formula describing black holes were a real mathematical mystery. Therefore, black holes occupy a place in this top. Stephen Hawking in the 1970-ies found out that they emit radiation. Initially had a theory that absolutely nothing can withstand black holes, but in 2014 people came to the conclusion that a small amount of light is still able to escape.
Assume that at the center of every galaxy is a black hole. In fact, it is the accumulation of a huge mass in a small volume. For example, to our planet turned into a black hole, it should shrink to the size of a walnut. This is one of the most impressive mathematical phenomena in nature.
For those who are interested in space, on our website hotshot.eu.org we published an interesting article about the most beautiful and unusual stars in the Universe.

DNA is essential for all living organisms. It contains a large part of the genetic code that determines our growth, development and ability to reproduce. Our lives affects DNA and DNA affects how we live. The structure of DNA correlates with the numbers in the Fibonacci sequence with a very close ratio.
The Fibonacci sequence is a mathematical model that describes many phenomena in nature: the reproduction of rabbits, the structure of snail shells, hurricanes and more. Fibonacci considered the greatest mathematician of medieval Europe.

Snowflakes is an amazing example of symmetry in nature. Each "petal" of a snowflake is identical to another, of course, if it was not damaged. It seems pretty simple, but the science for many years struggled with the explanation of this phenomenon. Every snowflake is unique in its structure. And the question arises: how can they all be unique, but symmetrical? The answer is that it is a necessary condition to the relationship between the "petals" remained. If they were not the same, the snowflake simply would have collapsed. Their uniqueness stems from the fact that they fall from the sky in different conditions.

Here again one can observe the connection with the Fibonacci sequence. It is quite difficult to explain the model in words. The bottom line is that the seeds grow from the center and form a spiral. In 1979 the scientist Vogel derived a formula, which demonstrates the distribution of seeds in sunflower. The received picture may be compared with the Fibonacci sequence.

Honey — a product that never spoils. Even inside the Egyptian pyramids has been found edible honey. Bees build honeycomb to store honey. Form hundred perfect ratio of strength to the free space. Mathematics is very far to prove that no other structure would not be more optimal for this purpose.

A solar Eclipse occurs when the Moon is on a direct line between the earth and the Sun. This is another amazing example of mathematics in nature. The diameter of the Sun is 1.4 million km, the moon it is 3.5 thousand km. that Is a huge difference. However, the Sun is from us at a much greater distance than the Moon. This allows the moon perfectly obscures the Sun. Probably it happened by accident; at least no information about such regularities. According to scientists, the Moon is gradually moving away from the Earth. If this continues, then these colorful eclipses we observe more we can't.

There is a ratio called the Golden section. It is based on the Fibonacci sequence and can be represented in the form of a Golden spiral. Many snail shells is directly proportional to the Golden spiral. The form of the shell always remains the same, changing only its size.
By the way, we have an article about the most beautiful snail in the world. I advise you to watch amazing pictures of these mollusks.

There are spiders which spin circular webs. The pattern of the web almost perfectly symmetrical, and the shape close to a perfect circle. It seems that spiders have a superior sense of distance. It is unknown how they do it. We are even unable to figure out why they spin it that way. Maybe they do it for reasons of maximum strength. Or maybe they're just foolish spiders, who do not know what you are doing. Anyway, this is a Prime example of mathematics in nature.
Read also: the Most beautiful spiders in the world.


The facial features of the person

Galaxy. It is something difficult to conceptualize. And even they are connected with the Golden section. In fact, you use the same mathematical model as in the case of snail shells and hurricanes. However, the Fibonacci sequence is not limited. Our galaxy, the milky way, apparently, is symmetric. If one half is a mirror image of the other. It makes you wonder: is there not in the Universe another copy of our Solar system?